As a goal-focused planning-oriented advisor, this is not my circus. But I’ve received more than a few questions.

Over the full arc of this trade some will win and some will lose, and there will be a lot of blame and a lot of questions of legality and ethics. Avoiding this craziness is the main reason I invest the way I invest. This was never predictable, risk was all over the map, and participation was a choice. No thank you.

The narratives and moralizing about GameStop (on both sides) belies a serious lack of knowledge about how markets work, and ignores a whole swath of people who will be hurt by this.

One narrative in the media is that there are a few people who own these stocks long, but other, more nefarious people hold most of the stock short. To be clear, 100% of shares in a company are ALWAYS held long. Some percentage of shares of many companies are also “borrowed” and sold short at the same time.

We all know and accept that when shares of a company go up, all those investors long the shares make money – even those who have loaned the stock to short-sellers (if they are not limited from selling out by other factors).

The r/WallStreetBets crowd stands to gain an enormous return, but the narrative is a little hypocritical: “We just want the short-sellers to lose money.” Really? Making a big pile of money is a postscript on your “crush wall street” goal? The price of a stock can be moved with coordinated effort – but when it returns to normal – you will have made money and a whole lot of non-Wall Street folks will have lost money. Will you be sharing your winnings?

In the end, when the stock finds its real price, the short-sellers may not even lose as much as the crowd had hoped. Short-sellers can hold their short positions - if they meet their additional capital requirements. Or, they can initiate new ones later. A good short at $20 is a great short at $400. Great short-sellers recognize that they will need liquidity to hold in a short squeeze scenario. It’s not their first rodeo.

John Maynard Keynes’ quip, “Markets can remain irrational longer than you can remain solvent,” would seem to apply here. Make no mistake, this is markets acting intentionally irrationally because…

GameStop is not a successful company. GameStop is a brick-and-mortar retail store that offers video games for sale (video games that are largely available in other more user-friendly formats elsewhere). Like Blockbuster before it, it is in the process of being disrupted. In the year before the pandemic, GameStop lost well over $½ Billion. Then a pandemic forced them to close all their stores. It made sense that their stock was down, and going down further. This is not a good investment on its fundamentals.

The commentary around GameStop trade is chock-a-block full of narrative fallacy.  I have heard a dozen different forms of “Serves the sleezy short-sellers right; down with wall street.” Remember the first principle above – 100% of the shares are held long.

Wall Street didn’t go down because of the GameStop phenomena. “Wall Street” is on both sides of this trade. In fact, a large group of Wall Street investors have watched their investments go from $4 six months ago to between $200 and $500 (depending on what hour you look at it). Sure, the short squeeze strangled some short-sellers; but some equally hated hedge-funders made out like bandits alongside the subreddit traders. It’s all a narrative. 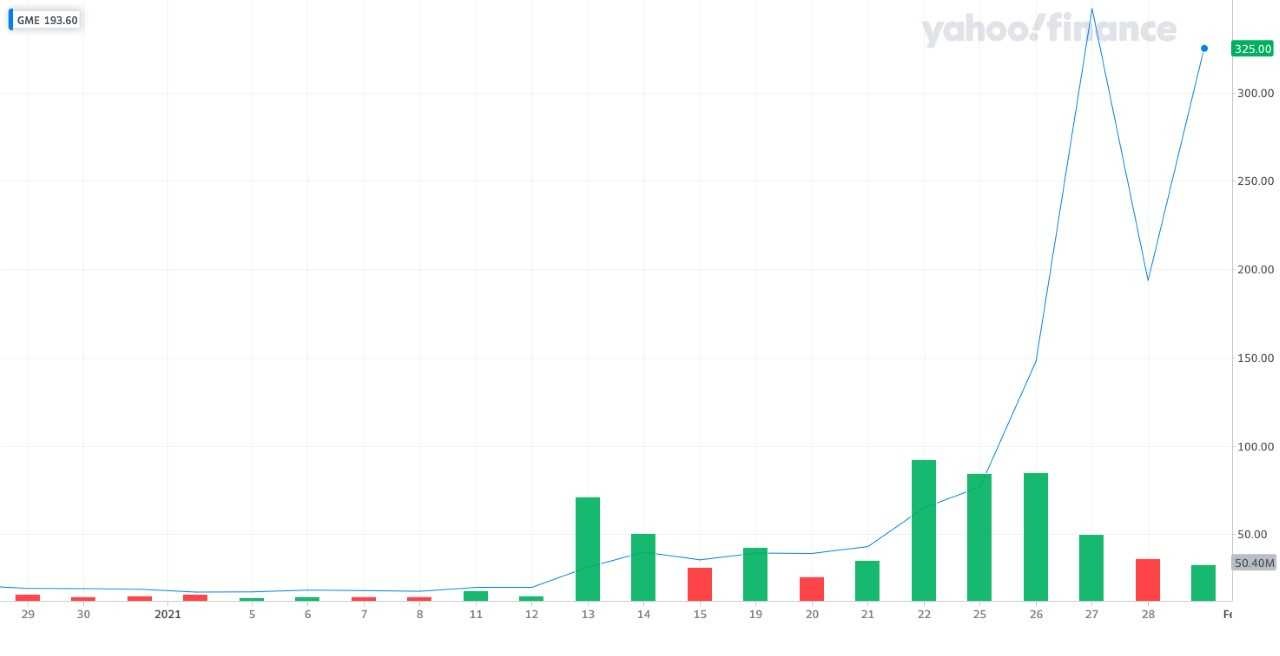 You know who gets screwed? Late coming mom and pop investors and new investors… people who don’t know any better and are drawn into the exciting get-rich-quick prospects. They may be the only ones currently holding the stock. And this is really the shame in the whole mess and why the moralizing has no place from either the long or the short side of this trade.

The short squeeze game here is going to cost a ton of people their livelihoods. The insane volume of trading and the crazy volatility of #GME is the sort of thing that pulls the attention of a new universe of investors. It is a black hole that destroys more than it creates. The fact that there are headlines about this trade is not a reason to celebrate.

A few early subredditors will win big.  A couple short-sellers will have to lick their wounds and thousands of small investors will lose a bunch of money. Some will lose their homes and divorce over it. Can we blame either side for this? No, not directly, but the gloating and the grandstanding can still disgust us.

Remember, GameStop was on life-support before all this started. When it is all over, it will still be on life support (unless the company opportunistically recapitalized for a pivot by selling stock into the madness). Wouldn’t it be interesting if it turns out that a hedge fund with a board seat orchestrated the whole thing? THAT would be something to be angry about.

This is exactly the sort of thing that hurts ordinary investors.

Short-sellers certainly shouldn’t be whining – they know the game.

But short-squeezers shouldn’t be moralizing or gloating either – you just destroyed a lot of good people in your false anti-Wall Street shenanigans.

And the media… where do we even begin. There should be some required amount of market knowledge before they provide market commentary. So much of what is written is people anchoring in their pre-existing beliefs.  Thank goodness for a few good financial bloggers out there who have written intelligently. Thanks Morgan Housel, Bob Seawright, and Cullen Roche for providing some perspective on insanity.

The ability to sell short is neither good nor evil. It is the riskiest tool on Wall Street. When used correctly, it improves the price discovery function in markets. When it works, short-sellers are demonized. When it doesn’t, they lose their homes.

And, while successfully hurting a few Wall Street types, the subredditers enriched themselves and some other Wall Street types. And, when the dust settles, #GME will still be mid-disruption, the stock will settle back to reality, and a great number of ordinary people will be destroyed.

At best, this was a smart, intentional, coordinated manipulation with a goal to enrich a few at the expense of others. The fact that there are “evil short-sellers” to point out does not make it right or even OK.

This was NOT a good deed.